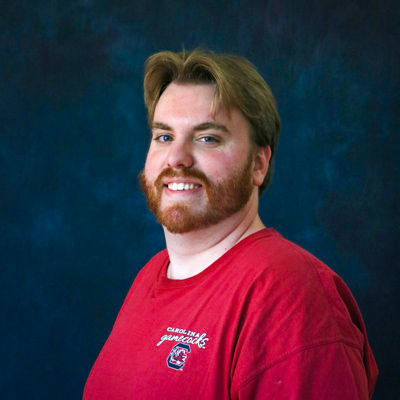 Whiskey and metadata are two of Kyle Johnson’s favorite things, so it made sense to put them together for a project this last year in his metadata class. The result was “Whiskey Label Schema,” which has earned him the 2021 SIS Best Technical Project Award.

“It was easily my favorite project. It seems like every chance I get I try to impart whiskey into my projects because it’s just a lot of fun for me. I’m a second generation Scottish-American, my mom emigrated, so it’s like getting reinvested in the tangible aspects of my heritage,” he said.

The schema was inspired after Johnson did research on a local distillery that was bottling products that were made out of state – which he said is a legal and common practice, but there is requisite information that must be put on the label.

“It said that it was ‘hand bottled’ in Tennessee, but there wasn’t enough information on the label to show consumers that it was actually distilled, aged, and produced in Indiana – a fine legal distinction” he said. Some more digging led him to the Tax and Trade Bureau’s (TTB) Certificate of Label Approval/Exemption (COLA) database.

“That’s when I found out that the TTB already had a wealth of well-structured data ingrained into their system,” he said. From there, Johnson – who is a cataloger at Northeast State Community College’s library in Blountville, Tenn. – went to work creating a metadata schema about these whiskey labels, using the data from the TTB.

A schema, Johnson explained, is “kind of like a system that lets you fill various cubbies until you’ve properly described something to the best of your ability.” He had 35 data elements, and admitted there could have been even more, but one has to stop somewhere, especially since the project was eventually due!

Johnson is partway through the MSIS program, and looks forward to tying whiskey into his future projects – he’d previously created a classification system for alcohol in another class and has given presentations at his local libraries on whiskey as a staple of Appalachian tradition.