The John C. Winslow Memorial Scholarship was established in 2019 for both current and prospective MSIS students. Students who are already working in public libraries and who are graduates of the University of Tennessee and/or Vanderbilt University are given special consideration for this scholarship. This year, four students were awarded the scholarship; here’s a little more information about each one of those students: 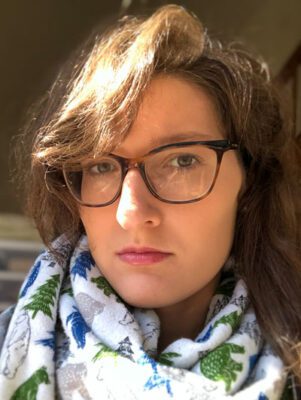 Sally Austin first became interested in librarianship after doing a summer work study at the Quillen College of Medicine Medical Library at East Tennessee State University, under the supervision of the associate director of the library, Rick Wallace, who also happens to be an SIS alumni.

She was earning her undergraduate degree in linguistics from the University of Tennessee, Knoxville, at the time, and was scoping out options for fields in which she could use that degree – librarianship was one of those. Then she moved out to Colorado and landed a job as a library assistant at Anythink Libraries in Adams County.

“When I decided to get a masters, I’d been working at the library for two years and I really fell in love with librarianship and I wanted to keep going,” Austin said.

She also fell in love with the community, which is a low income community that relies heavily on library resources, especially anything computer-related. Austin has come to know the regulars in the community, and realizes how important library services are; she wants to be able to reach more people who could benefit from those services, and sees herself becoming an outreach librarian after she graduates.

“I really just want to expand what I can do for my community,” she said.

Austin chose the SIS program after looking at in-person programs in her area that were far too expensive for her budget, whereas the distance education program with SIS was more affordable; she also remembered Wallace’s glowing reviews of the program. In the end, it all worked out that she chose an online program, as many programs have become virtual due to the COVID-19 pandemic.

When Austin learned that she was a Winslow Memorial Scholarship recipient and her schooling would be even more affordable, she said she literally screamed out loud. She had just traveled across the country to her mother’s house to attend her brother’s wedding, and she woke up the entire house in her excitement.

“I just couldn’t believe it,” she said. 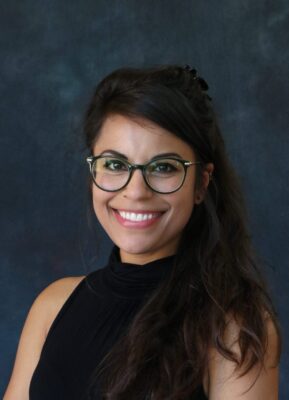 Tracsen Hinz is starting her second year at SIS, and this is also the second year she has received the Winslow Scholarship. Hinz has worked as a full-time library assistant in technical services at the Louis Cooper Junior Memorial Library in Opelika, Alabama, for six years, and prior to that worked for two years in the library’s children’s department.

She said it was a big decision to make the leap to get her graduate degree so she could move into a librarian position, and that receiving the Winslow Memorial Scholarship has really helped out in the process.

“Going back to school seemed the most logical thing to do next. I’ve been wanting to do it for a while now, it’s just been difficult to get to it. So finally, I just made the jump,” she said.

Hinz has an undergraduate degree in geography from the University of Alabama, and her initial plan was to become a broadcast meteorologist. She decided not to pursue that career path, and said she kind of “fell into” her current library job. Now, after taking a year of SIS courses, Hinz has also become interested in GIS fields related to information sciences.

Regardless of where her career takes her once she graduates, Hinz said she is “very, very happy” to have received the scholarship for a second year. 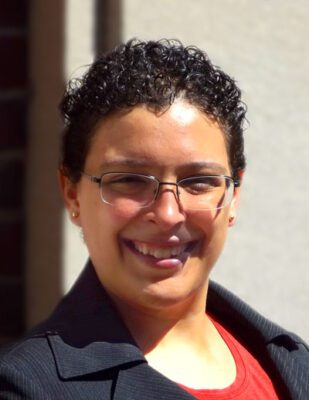 It’s been a tough few months for new MSIS student Zoe Grimes, who works as a part-time library assistant at Collegedale Public Library, just outside Chattanooga. Besides dealing with the same pandemic woes as everyone else, both her apartment and her library were hit by tornadoes in April. The library lost its entire young adult collection, and just recently finished repairs from the damage; her apartment still has some damage, but it’s livable. Regardless, Grimes has been determinedly marching forward in her quest to start getting her graduate degree.

She gets to do a lot of work that might normally be outside the scope of a library assistant, due to the small size of her library. Besides doing the typical circulation and shelving work, Grimes has also conducted programming (when the library was doing in-person events), and she helps put together all sorts of kits for patrons that contain books, games, and other items about specific topics, including those on diversity, early education, STEM topics, and more.

“I really enjoy this kind of work and it’s pretty abnormal for an assistant position to be responsible for this kind of stuff. I want to work more in this field and to do what I want to do, I need to get my MSIS degree,” she said.

When Grimes got the email telling her she was a Winslow Memorial Scholarship recipient, she became teary eyed. It was definitely a bright spot in the middle of a difficult time in her life. She credits SIS Associate Professor Rachel Fleming-May with pushing her to get her application for the scholarship in, which had been difficult due to all the extenuating circumstances.

“I’m really grateful that she encouraged me to apply, and followed up with me,” Grimes said. 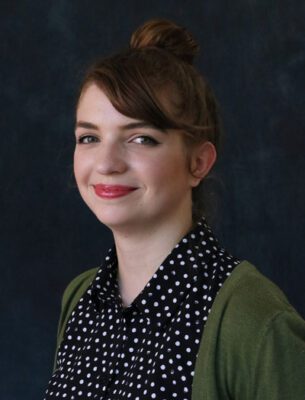 MSIS student Dylan Miller is a full-time library assistant at Memphis Public Library, where she does reference work and assists patrons with all sorts of questions related to books and computers. She’s helped plan events at the library, including its first-ever Pride event in 2019, and her heart is definitely in public library work.

She started getting her master’s at SIS so she could learn more about library work as well as expand and advance her career options. Her job’s tuition reimbursement program helped her feel more financially secure with starting the program. After three semesters in the program, Miller realized the reimbursement program had a cap on how much it would cover, and she was put in a tight spot financially. She looked into scholarships offered by SIS and saw that the Winslow Memorial Scholarship, which was instituted in 2019, was specifically for students already working in public libraries. She was thrilled and relieved when she got the news that she was one of the four student to receive that scholarship for this school year.

“I am really very grateful to have that. It’s taken a lot of stress off my shoulders on how I’m going to manage everything,” she said.