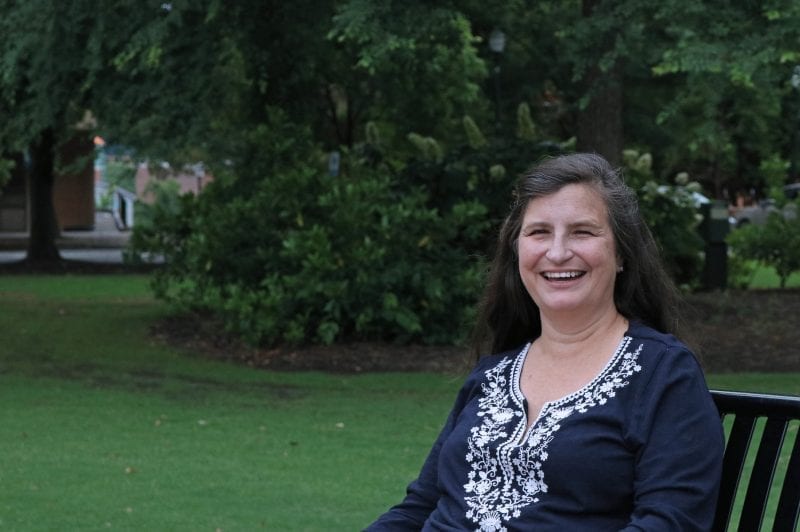 Since this article was published in the SIS “Spark” magazine, Frankie McGinnis’ daughter, Laura, received a kidney transplant from a cadaver. McGinnis is altruistically donating her kidney to another person who has cystinosis, on Oct. 14. New UT Chancellor Donde Plowman referenced McGinnis and the sick leave policy in an October 1 message, stating that, “We are working to change that policy and find solutions for many of the other issues that have come up.” You can view the entire “Spark” magazine here.

When SIS student Frankie McGinnis sees a problem, she will build a solution for it from the ground up. She is not the type to find a band-aid for it and move on, but instead fights for the best possible outcome.

That was the case when she found out her daughter had cystinosis, a very rare, genetic chromosomal disease. Her daughter, Laura, overproduces the amino acid cystine which can cause cells to crystalize and be destroyed. The result is organ failure, starting with the kidneys.

There are about 2,000 cystinosis patients in the world – though McGinnis said that number would be higher if children didn’t die so young from it before getting diagnosed. She didn’t know anything about it before she was told her daughter Laura had it – and from there, she got to work.

“She got diagnosed as a 1 year old, and I was supposed to be doing my student teaching for my undergraduate degree in secondary education history. But I had her and she was sick from day one. It put life on hold, and I ended up working with a group of mothers and establishing a 501c3,” McGinnis said.

Instead of worrying about her daughter’s short life expectancy – projected to be about 12 years – McGinnis decided to create the Cystinosis Research Network with from the help of other cystinosis families. It is an “all-voluntteer, non-profit organization dedicated to supporting and advocating research, providing family assistance and educating the public and medical communities about cystinosis,” according to its website. Out of McGinnis’s struggle and initiative, an entire organization was born to help others who faced the same disease.

“Everybody has a need, you just don’t know what it is unless you open yourself up to others and hear them. I’m always on a horse, driving it for somebody, wondering how can I help this person make their life just a little bit better,” McGinnis said.

Laura is now 23 years old, living almost twice as long as the doctors’ dire prediction when she was first diagnosed, though she continues to have complications. Despite dealing with Laura’s ongoing medical needs, McGinnis started a career and is now an administrative specialist for the Institutional Animal Care and Use Committee at the UT Institute of Agriculture. She has worked at UT for four years, previously in student services. It was there that a graduate assistant urged McGinnis to enter the information sciences master’s program. That graduate assistant was LaVerne Gray, who has since graduated with her doctoral degree from the College of Communication and Information.

Every day you live with as much joy and gratitude as you can, and when you wake up tomorrow, you say, ‘Yes, I am here again. I get to participate in life.’

McGinnis found her passion and strength in user experience after SIS Associate Professor Vandana Singh encouraged her to do a usability study on some software McGinnis’ department was looking into using.

“She presented the idea of doing a usability study as a way to do independent research. When we did the study, it really helped – now the vet school has decided not to use that software based on what we found out, because the interface is horrible,” McGinnis said.

She said a usability study is, simply put, a set of tasks that you give individuals to complete with minimal instructions. If the test users find stumbling blocks, or can’t complete the tasks, that provides data – rather than anecdotal user experiences – about the user experience.

“Three test users couldn’t complete it, and we actually found a fatal error in the program where people got sent into an infinite loop. People don’t realize how emotional it can be when you’re trying to work with software,” she said.

Her daughter, Laura, teases her about working with computers – but McGinnis says she’s the best type of person to do what she’s doing: an average user who isn’t a computer scientist.

“I have always been interested in the human aspect of life, what makes people behave the way they do, makes them choose what they choose. What motivates people, what they see when they see what I’m looking at – usability speaks to that part of my brain,” she said.

As a result of the independent study that McGinnis did under Singh, the two are authoring a paper together. It’s quite an accomplishment for a woman who is working full-time, and also continuing to be a caretaker for her daughter. And to top it off, McGinnis is now going to donate a kidney so Laura can get a transplant.
Laura received a kidney transplant in the past, but her disease caused it to fail two years ago; she’s been on dialysis ever since. The previous transplant also means her antigens and blood are completely different, and she’s harder to match. McGinnis isn’t a match for Laura, but she was accepted for a pair exchange – basically a “kidney for a kidney.” McGinnis’ donates a kidney, and it moves forward to a donor who is a match and that bumps Laura up higher for her own match. 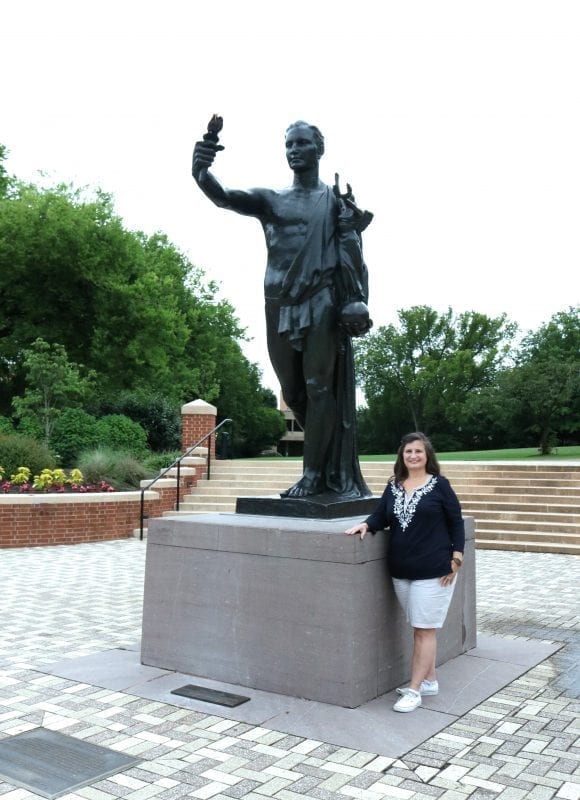 “I have to use all my vacation, all my sick time, and then I can go to the sick bank for any more time I get off. Then I’m left with not being able to get sick at all for the rest of the year, and forget having a vacation,” McGinnis said. “My vacation was giving an organ to somebody.”

Rather than stew about it, she did what she always does: she found a solution. McGinnis wrote a letter and submitted a policy to the university. She said that Dr. Tim Cross, senior vice president/senior vice chancellor for the University of Tennessee Institute of Agriculture, submitted the policy to be considered by the board that approves the employee compensation package.

“We’re the volunteer state. We want to volunteer and be the epitome of a giver, but our policy isn’t set up for us to do this,” she said.

As McGinnis forges forward for her daughter, it is Laura who often keeps her mother’s spirits high.

“With her, you don’t take any day for granted, and that’s the best lesson I’ve learned from her. Every day you live with as much joy and gratitude as you can, and when you wake up tomorrow, you say, ‘Yes, I am here again. I get to participate in life.’ She’s a constant reminder of that for me. You don’t sweat the small stuff,” McGinnis said.