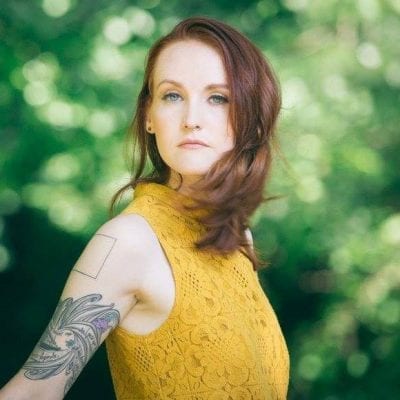 Videogames and information sciences may not sound like a natural fit, but Hannah Gunderman (’21) has found her niche at the crossroads of the two. She came into the MSIS program with a PhD in geography and a desire to be a librarian. Before she graduated with her master’s degree, she was hired on at Carnegie Mellon University’s Library in Pittsburgh as a research data management librarian.

After some time, Gunderman realized many of the students taking the workshops she taught on research data management weren’t engaging with the material—while it highly interests her, she recognized that not everyone is as thrilled by the ins-and-outs of file names and data flows. That’s when she had the idea that earned her the 2022 SIS Innovator’s Alumni Award.

“It was kind of a lightbulb moment where I just sat there and thought, you know, I’ve done so much research on pop culture and I feel like that could be really cool to bring into my current role and I pitched that to leadership. I really think there’s something here at the intersection of data, gaming and popular culture,” she said.

Gunderman began using videogames such as Pokémon, and Minecraft to make correlations to data management, and it proved to be a success. She saw an uptick in students making appointments with her for consultations to further discuss how they could manage data for a project, and she noticed a lot higher engagement during the workshops.

“Doing the pop culture stuff, not only is it more fun for me teaching it, but they’re having fun,” she said.

Beyond the workshops, Gunderman began making videos teaching data management on a channel called Pixel Datascapes, using the same type of set up as video streamers use, except teaching along the way. She spoke about using one game called Hades, where players try to escape the underworld, and how she used that to teach viewers how to approach data management during a research project.

“I play the game and record footage and I get elements from the game play that speaks towards specific data management concepts. You’re getting all these different skills and building up a skillset in each run you make from the underworld, so basically a workflow. So I talk about how this is similar to a research project when you’re building a data management workflow, here’s the steps, here’s the things I’m going to do to support data management in my project,” she said.

She also writes blog articles using different pop culture icons and references, such as 1980s album covers, to help relay information. These teaching methods became so successful her title was changed to that of “Data, Gaming, and Popular Culture Librarian.”

While a success, Gunderman’s career has continued to evolve and take her to new places. She starts a new position with video game company Lumi Interactive on May 23 as a wellbeing researcher.

“Learning more about data and data management at SIS helped me understand how to apply my skills in creating unique educational materials in the library setting, and I’m thrilled to now apply those skills to the video game industry,” she said.