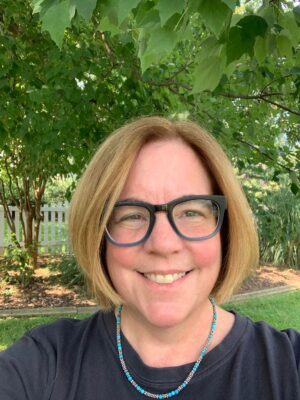 Jill Grogg and Teddy Gray were in the same cohort and both graduated from SIS in 2001 and went their separate ways but into the same career path: academic librarianship. Several years later, their paths converged again when both departed their academic librarian positions and began working for LYRASIS. It’s a job that combines their passions for making information accessible with building up communities in information sciences organizations.

Working at a Consortium

LYRASIS is a consortium, which means it does the work for its library, museum, and archives members when it comes to negotiating licenses, getting the best price for resources, hosting open source programs, and much more. They have similar backgrounds and work at the same organization but Grogg and Gray have very different jobs. Grogg is a strategist within the Content and Scholarly Communication Initiatives team and focuses on negotiating licenses and getting resources for members. Gray is an outreach and engagement manager who works on acquiring new members and also communicates with existing ones to ensure LYRASIS is providing the right services and resources for them.

While they have their hands in very different projects, LYRASIS is member-driven and thus the end-goal is the same: to build stronger, more educated, and better equipped communities. 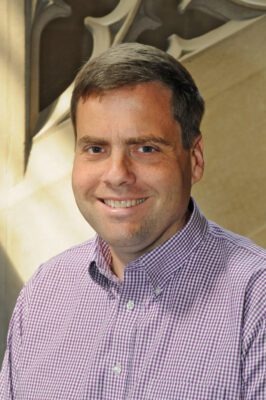 “Whether it’s in open source or if you’re doing what Teddy is doing, consulting, professional development, or doing what I’m doing – it’s very much about community building. It is communities within communities,” she said. “While we’re the organizational home, we’re also the hub for that community of users. And because it’s open source, it’s not beholden to a commercial entity, so it is really library and librarian and community driven. So we’re just providing the space as the organizational and community home for that.”

She and Gray went on to explain that, not only does the consortia help their members get resources and access to tools they may not otherwise be able to afford, but it also provides education and networking opportunities. While a member organization can rely on LYRISAS to negotiate a license, there’s a lot of terms and ins-and-outs to navigate after the purchase. LYRISAS provides education for those members on topics like this, as well as other professional development opportunities.

“The great thing about LYRASIS is you’re bringing together someone from Harvard and a community college to see that they’re sharing a lot of issues. I like the diversity of membership – you have the academics, but they’re academic libraries of all sizes,” Gray said.

He pointed out that, while LYRASIS has many Research I universities, at least two-thirds of their membership are small or medium academic or public libraries. Those are organizations with less funding and fewer resources that can see even more impact from their LYRASIS memberships.

One of the things Gray said LYRASIS does to foster community is to pinpoint a pressing issue among its members and bring them together to discuss best practices and exchange ideas. This past year, they held a virtual forum for members to talk about how to implement better diversity, equity, and inclusion efforts.

Another aspect of the organization is that its structure allows it to nimbly navigate new technologies and trends that disrupt the field and everyday work of information sciences professionals. Right now, that disruptive element is open access content.

“When I talk about open access, I put it before librarians in this way: we went through a very dramatic paradigm shift from print to electronic, from tangible items to digital ones in the late 90s—first with journals, then with books, and then streaming media. That was a very dramatic shift for librarians to go through,” she said. “What we’re seeing now is an equally chaotic and disruptive element into content acquisition. It’s not free to produce content, open access is not free—the old maxim is there’s no free in free lunch, it’s all about how you go about funding it.”

While open access content is free for the end-user, the organizations providing it still have to figure out how to pay for it. LYRASIS has also partnered with initiatives to crowd-fund open access, such as Knowledge Unlatched and Open Library of Humanities. Grogg said they are also working with other models to transition from a more traditional paywall to open access.

“Over the past few years at LYRASIS, we’ve seen a consistent decrease in new subscriptions to traditional paywall content, but the amount of money continuing to flow through our organization hasn’t changed, it is being transitioned into support for open access materials of all kinds. So it isn’t traditional electronic content licensing, but it is working with publishers to come up with agreements to how we can go about funding open access materials,” Grogg explained.

In a similar vein, Gray said LYRASIS is always looking for new, innovative ways to serve its members. They recently acquired a for-profit company, Bibliolabs, and are transitioning it into a non-profit organization. It’s a service that allows public libraries to engage with their communities to offer all sorts of authoring tools that allow people to create their own books. Another example is an app LYRASIS offers as an alternative to apps such as Overdrive that are used by public libraries for library members to check out digital books and resources. The app from LYRASIS allows library members to do all their digital browsing and borrowing, as well as browsing the library’s catalog of physical items, all in one place.

“They can do all their discovery, all their borrowing, all their listening, from a single app, the patrons realize this is being provided by the library and not the content provider. Patrons only have to learn a single app and not these multiple applications,” he said. “We’ve provided routes for libraries to get back that relationship with their patrons and make it a nonprofit option rather than relying on commercial vendors.”

Both Gray and Grogg had already earned one master’s degree before they came to SIS to become librarians—both had intended to become professors, but changed course after gaining some experience teaching. Gray has his graduate degree in geography, and Grogg’s is in English.

“I think a lot of people end up in academic libraries that way. They like the setting and the environment,” Gray said.

He had worked in the library at Louisiana State University, where he earned his undergraduate degree, and had always enjoyed it. He also ended up working as a library assistant in Knoxville at a Tennessee Supreme Court library, and that’s when his career path in information sciences clicked into place. His boss was accommodating and he went back to school again at UT for his second master’s, this time to become an academic librarian.

Grogg said she was in a similar boat.

Now Grogg’s husband teaches information sciences at the University of Alabama, which is also where her last academic librarianship position was; prior to that, she worked at the Mississippi State University library. She actually did try one year working as a research librarian for a pharmaceutical consulting company, but knew fairly quickly that wasn’t the right fit for her. That’s when she found the position at LYRASIS and realized it was the perfect next step for her career.

Gray was an academic librarian at Duke University for 14 years before he decided to make the switch. Both of them said working at LYRASIS was appealing on many level: being able to work remotely (LYRASIS has headquarters in Atlanta, but its employees are spread across the country), the opportunity to interact with national and international members, and a chance to make a significant impact on a lot of people and communities.

Both SIS alumni wanted to convey the versatility of their degree, that graduates aren’t relegated to working in a library for their entire career if they don’t desire that. While there are employees at LYRASIS who do not have library or information sciences degrees, Gray and Grogg feel that their degrees and past library experience allow them to better connect with members.

“There’s a level of trust that you get from one librarian to another librarian,” Gray said.