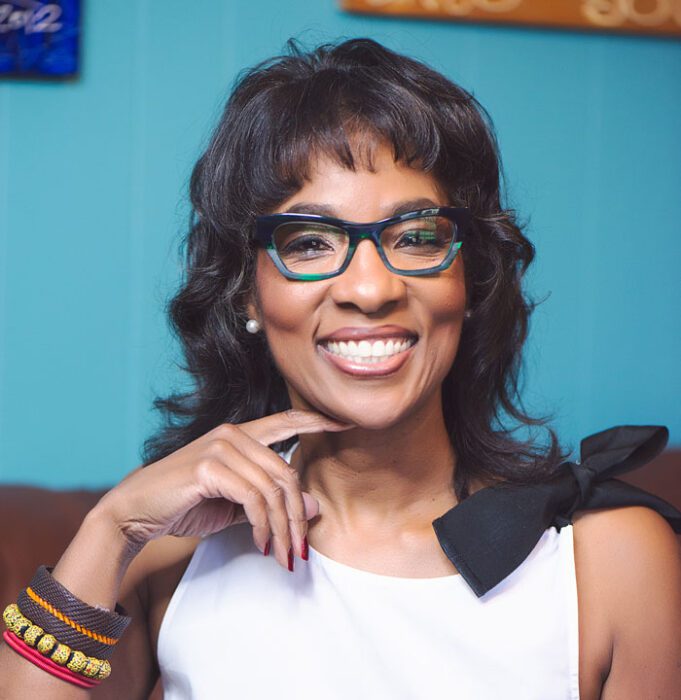 She was the first-ever picture book author to delve into the Memphis Sanitation Strike and the assassination of Martin Luther King Jr. in her book “Memphis, Martin, and the Mountaintop,” and now she’s taken on Juneteenth and the Tent City civil rights movement in Fayette County, Tennessee, in her next two books to be released in January 2022. 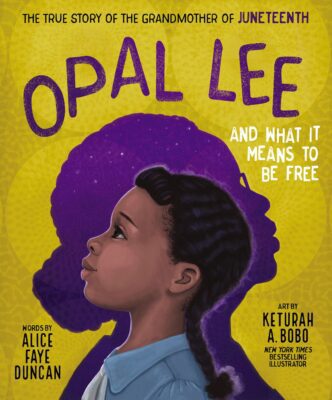 As a child of two teachers, one thing Duncan knew was she wouldn’t be following in their footsteps. From an early age, as she penned poetry in her notebooks, she had one dream: to be a writer. Her mother paid for Duncan’s undergraduate degree in English from the University of Memphis, from which she graduated in 1989, but what was next?

Duncan recalled her Aunt Curly was one of the first African American library workers in the Memphis Public Library system and working in a library appealed to the young English major. But a cousin balked when Duncan suggested she could be a librarian assistant, and said she should shoot higher and get her master’s degree in order to be a librarian. There was only one issue—her father told Duncan she’d have to pay her own way.

“I’m my mother’s only child and he knew my mom would take two jobs, one at the post office and one teaching school, if she knew I wanted to go to grad school. My father, who was also very obstinate when it came to his diehard beliefs, was committed to me not asking my mother for money. So he said, you’re going to have to figure out a way to pay for your graduate degree,” Duncan said.

That’s when she found, and was awarded, a minority fellowship through the Tennessee Higher Education Commission. That was a pivotal moment for Duncan, who went on to use the fellowship to earn her master’s degree in library and information science from the University of Tennessee, Knoxville, in 1991.

While she was in graduate school, Duncan was the graduate teaching assistant for Professor Glenn Estes, whose own interests sparked Duncan’s future career.

She says her first attempt was terrible, but it lit a fire in her that burns brightly three decades later. The idea stuck that she could write poetry and pair it with pictures to tell important stories, and she plowed forward with her newfound passion.

Upon earning her graduate degree, Duncan returned to Memphis and was hired to work as a librarian in children’s services at the public library, with one caveat: she needed one more class to gain enough hours to work in the children’s section, and that was a children’s literature course at the University of Memphis.

As the class was an undergraduate course and Duncan needed a graduate credit for it, she was required to complete an extra project. She asked if she could write a picture book to fulfill the project requirement, and her professor enthusiastically agreed; thus her first book, “Willie Jerome,” was created.

“The professor said it was very quiet and it did not have conflict. By that time, I had joined a writers workshop…and they also said I needed more conflict. I kept reshaping the story and I just started mailing my book to publishers, anyone I could find in the children’s book market. Out of those maybe 25 publishers I sent ‘Willie Jerome’ to, one offer came back from,” she said.

By that time she’d penned a second book, “Miss Viola and Uncle Ed Lee,” and Macmillan purchased both stories. Duncan was well on her way to becoming the writer she’d always dreamt she would be someday. But, she still needed a day job, and when her father found out what she was making annually as a public librarian, he asked her why she wasn’t a school librarian.

Those thoughts coincided with a nationwide teaching shortage in 1993 that prompted Readers’ Digest to sponsor a licensure program for teachers in other professions. All Duncan had to do was take the MAT Graduate School Exam and pass a writing exam—both of which she easily managed and, suddenly, she was a school teacher.

“I taught 4th grade that first year and it was very trying and I knew I couldn’t teach for 30 years. I wanted to be a librarian, I wanted to write books and teach children about books,” she said.

Again, her timing was just right, because that year the supervisor of her school’s library told Duncan about an elementary school librarian position nearby. She applied for the job and was hired, and has been a school librarian for the last 29 years. 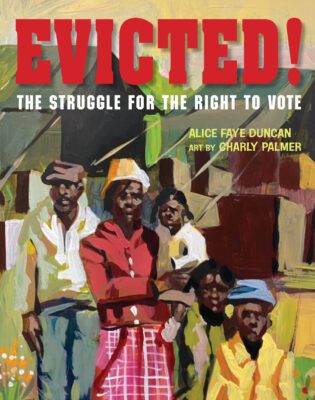 “Evicted: the Struggle for the Right to Vote” by Alice Faye Duncan will be published in January 2022.

Becoming the Writer She is Now

After selling her first three books, Duncan’s writing never stopped, but selling her books stalled. She says she was young and didn’t focus on rewriting and editing her stories like she should have, and it was several years before she would sell another book.

Finally, someone became interested in “Memphis, Martin, and the Mountaintop,” but her editor said the book needed to be rewritten before they would publish it.

“I was very committed that children needed to understand the story of Dr. King’s assassination. So when I rewrote that book, it became my first Coretta Scott King book. It was honored for the illustrations, but when I assessed the facility with my language in that book, I had grown by leaps and bounds because of the practice and pursuit of the writing. So now I am very committed to revising and reworking.”

While Duncan has often incorporated history, especially African-American history, into her books, that theme is paramount in her two books debuting in January 2022.

The book “Opal Lee and What It Means to Be Free: The True Story of the Grandmother of Juneteenth” introduces the now-96-year-old Opal Lee, who spent years gathering signatures to petition for Juneteenth to become a federal holiday. The book also explains the history of Juneteenth, which is the day the news of the Emancipation Proclamation reached Texas, more than two years after President Abraham Lincoln made the proclamation.

Duncan interviewed Lee for the book and drew on a variety of sources to explain the history of Juneteenth and how it was celebrated by black communities throughout Texas. It was a holiday not often celebrated outside of the state until the late 1900s, which is when Duncan started seeing Juneteenth celebrations in Memphis. And Duncan’s timing, as usual, couldn’t have been more perfect: on June 15, 2021, President Joseph Biden declared Juneteenth, June 19, a federal holiday. Duncan proudly added a note about the new federal holiday to the end of the timeline in the back of the book, on a page facing a recipe for Juneteenth “Red Punch” Strawberry Lemonade.

Her other new book, “Evicted: The Struggle for the Right to Vote,” tackles the movement for voter rights in Fayette County, Tennessee, that started in 1959. Sharecroppers who registered en masse to vote were evicted by white landowners off the land they lived and worked on, which launched a battle that went all the way to the federal court. More than 700 families were evicted, resulting in a Tent City that was created when one black landowner allowed displaced families to pitch tents on his land. Eventually a federal court ruled that white land and business owners could not deprive anyone of housing or business services because of their voter registration status.

Both of these books speak to the resiliency and hope of African-Americans living in oppression in the United States, and that is what Duncan wants to highlight for today’s children.

Though Duncan was speaking about the subjects of her books when she said that, perhaps a little bit of the sentiment was wrought from her own experience—that making her own dreams come true is exactly what she has done, and will continue to do, so long as there’s stories left to tell.

To learn more about Duncan and other books she’s written, go to www.alicefayeduncan.com.