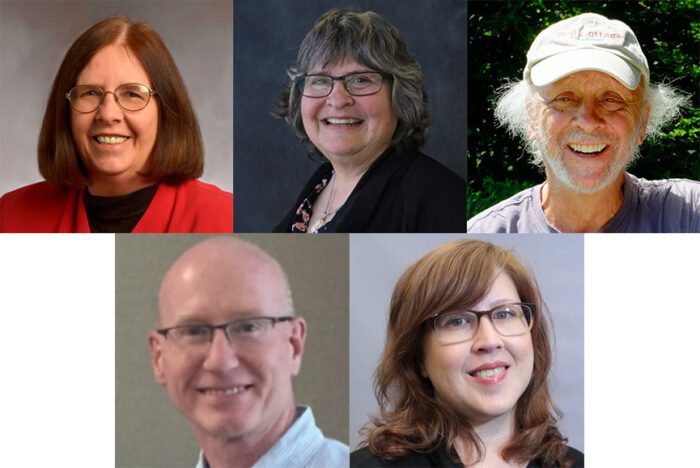 As COVID-19 continues to affect the way people live, work, and learn around the world, researchers are beginning to gather data on how the pandemic is affecting society, and one such research team is from the College of Communication and Information’s Center for Information and Communication Studies (CICS) and the School of Information Sciences in collaboration with CIBER Research Ltd. in the United Kingdom.

“Early Career Researchers and the Pandemic”

SIS Interim Director and Chancellor’s Professor Carol Tenopir is the principal investigator for this project, with CCI Associate Dean for Research and Chancellor’s Professor Suzie Allard and David Nicholas, head of CIBER, serving as co-PIs. The study will delve into the lives of early career researchers (ECR) around the world to better understand how the pandemic is affecting their work and role in the academic community. The two-year project is funded by a $399,098 Alfred P. Sloan Foundation grant, and will include three interviews each with more than 160 international participants, and two international surveys.

Tenopir said the uncertainty created by the pandemic has resulted in universities instituting hiring freezes, faculty layoffs, and switching to virtual schooling. This project aims to see if early career researchers in the social sciences and sciences are disproportionality affected by these stressors, and to see whether gender, field of study, and geographical location cause variations in that impact.

“There is some evidence that the burden has been disproportionate for early career researchers who have seen their research disrupted while they spend more time on adjusting teaching modes and, in particular, for women faculty members who bear a disproportionate amount of care for young children or other family obligations. This project will provide a detailed look at the impact of the stresses from the pandemic on early career researchers throughout the world,” Tenopir said

Other team members from CCI are CCI doctoral alumnus David Sims (2018) and MSIS alumna Leah Cannon (2020). The international team is led by U.K.-based independent research group CIBER Research Ltd, led by Nicholas, who has previously collaborated with CCI on other research projects.

This project builds on the CIBER four-year “Harbingers” project, funded by the Publishing Researcher Consortium, that studied early career researchers and how they may be harbingers of change in the academic world, and how they approach scholarly publishing. In fact, participants from that study will be revisited for this project, which will provide a longitudinal study of researchers from 2015 to the present. Nicholas said he and Tenopir came up with the idea for this project, and both were excited to again collaborate, especially on this timely topic.

Nicholas and CIBER researchers will oversee the international team and interviews of non-US study participants, whereas Tenopir and her team will oversee interviews in the United States and will also play an important role in the international surveys; both teams will conduct data analysis. They expect results from the project will be published to a fairly wide audience as the outcome could affect many different fields of study and academia as a whole.

Before the pandemic, scholars suspected modern early career researchers may cause a shift in how the academic reward system currently operates – a system Tenopir and Nicholas said had remained fairly stable for decades. For example, researchers in the United States seeking tenured positions are expected to publish in a narrow list of high quality, recognized peer-reviewed journals, and are not rewarded for publishing in other venues. This approach doesn’t always line up with advances in technology and with how information is now delivered, accessed, and consumed, Allard said. It had previously been posited that younger researchers would push for a transition that would reward researchers for publishing in other venues, such as having a highly trafficked blog, or for having research that is widely read and influential using measures other than how often they are cited.

“They’re in a tricky position because they’re new to the system and it’s hard to make changes and some have suggested the pandemic may hurt their chances of making changes because of fewer jobs and opportunities,” Nicholas said.

Allard said the reason information sciences scholars are leading this project is because their expertise lies within the nexus of people, information, and technology – in this case, how people’s behaviors are impacted in their information creation, what the information’s behavior is as it goes through the scholarly communication ecosystem, and how technology in the time of COVID-19 is changing how people work.

“This is a distinguishing project for information science, as we look at the role of information both in its creation and consumption, and how it is changing.  We also look to explore the different types of information resources and how that may be changing scholarly publishing,” Tenopir said.

This particular project is especially important because Allard, Tenopir, and Nicholas are all seasoned information scientists who have dedicated their research to studying scholarly communications.

“The three of us leading it all have very mature careers and to be able to look back through the lens of an early career researcher is especially exciting, and it’s an opportunity to shed light on some of these things and share it with the academic community, and the scholarly publication community. It’s an incredible opportunity to give back what has given us so much for our careers,” Allard said.

The Alfred P. Sloan Foundation is a philanthropic, not-for-profit grant-making institution based in New York City. Established in 1934 by Alfred Pritchard Sloan Jr., then-president and chief executive officer of General Motors, the foundation makes grants in support of original research and education in science, technology, engineering, mathematics, and economic performance.