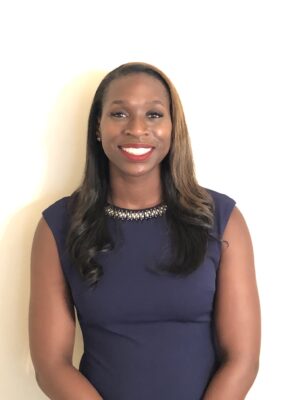 It was by chance that Aisha Johnson-Jones found information about the historic Julius Rosenwald Fund Library Program while she was doing research on increasing African-American diversity in archives. As she started learning more about the program, she started asking around to see what research had been done on the topic. When it became clear that it was an untouched subject, she knew it was her calling to bring the story to life – how one philanthropist funded libraries and schools for African-Americans and made a lasting impact.

Johnson-Jones, an assistant professor and the program director of archives and records management at North Carolina Central University, gave an overview of her research in February at the University of Tennessee, Knoxville. She is also the author of, ““The African American Struggle of Library Equality: The Untold Story of the Julius Rosenwald Fund Library Program.” The lecture was co-hosted by the School of Information Sciences, UT Libraries, and the Office of Multicultural Student Life.

Johnson-Jones said that Rosenwald was inspired to help educate African-Americans in the South after he read a copy of “Up from Slavery.” He initially started with creating small schools throughout the rural areas of the South, but it eventually became clear that literacy was such a valuable component of education that libraries – and knowledgeable professionals to run them – would be essential to his vision.

“[The research is] focused on African-Americans being the group that is disadvantaged by design, but ultimately in the American South during the early 20thcentury, it’s rural and spread out and access is limited to some and denied to others,” Johnson-Jones said.

In the end, she said that Rosenwald’s program not only increased education and literacy in the African-American population, but throughout the entire South. He funded libraries at all levels, including 43 historically black colleges and universities (HBCU) – which led Johnson-Jones to the next research topic she wants to tackle those Rosenwald libraries at HBCUs, as well as the opening and subsequent closures of library and information sciences programs at HBCUs. Currently, only one HBCU still has such a program, and it’s at NCCU. Other programs at HBCUs were absorbed over the years into predominantly white institutions (PWI), or closed down altogether.

“For African American librarianship, it was a real blow for what is seen as our contribution to the profession,” Johnson-Jones said. “Historically HBCUs are not giving the same amount of funding as a PWI. At the end of the day, it’s just not fair, and when you’re not operating with fairness, you’re cutting somebody out.”

SIS Director and Professor Diane Kelly said the presentation was a good opportunity not just for students, but for information sciences professionals and academics like herself to learn more about diversity in the field.

Johnson-Jones said her research should be a call to action for today’s library and information sciences professionals to look at diversity in a bigger picture way. Will libraries be able to support the needs of the growing Hispanic population? Will the digital gap grow smaller? She said these are the challenges that need to be tackled in order to make impactful change.

“We are a profession of activism. We need to observe the continuous and consistent marginalization of underprivileged groups, and we also need to look at what we’re doing in how we’re educating those professionals. You provide access, but we also need to educate our future librarians who are a part of this group,” she said.