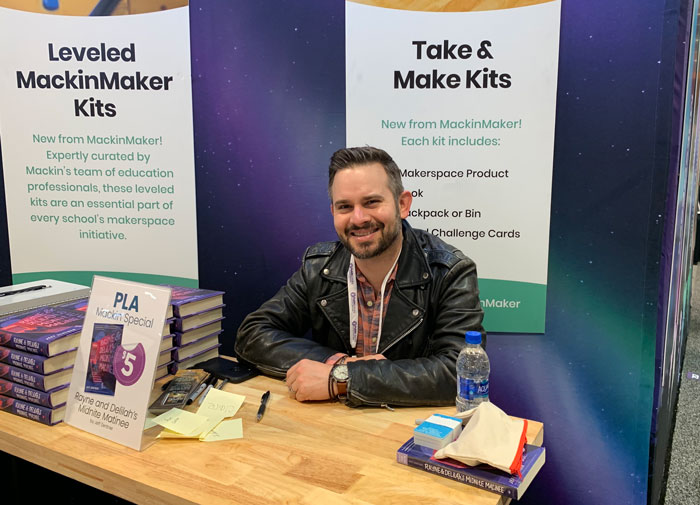 Career/Background: I’ve had a number of different lives. I used to be a musician. As a musician, I recorded several albums with bands and solo, and wrote a bunch of songs. I’ve worked with Iggy Pop, Nick Cave, and Debbie Harry. I toured and played festivals and such. That was a lot of fun but it ran its course.

So I went to law school and was a civil litigator in private practice for four years, but I’m just not a businessman. I’m more interested in serving the public, so I took a job for the Tennessee Attorney General prosecuting criminal cases – I was prosecuting rape cases, murder cases, stuff on appeal. I’ve argued in front of the Tennessee Supreme Court 18 times. I really enjoyed that, but in October 2019 I became a lawyer for the Tennessee Department Environment and Conservation. Now I represent the Tennessee State Park System.

In 2013, after volunteering as a guitar teacher with Tennessee Teen Rock Camp, I saw the way that young adults really love the art that they love. They allow art to move them in a way that adults don’t. They’re so unguarded about the art that they love, and I wanted them as an audience. At that time, I felt the clock had run out for making music or young adults. So in March 2016 I published my first book, “The Serpent King.” I published my second book in 2017 and my third book came out in February 2019. I have a fourth book coming out in summer of 2021.

Libraries and librarians have always been important to me and so this a natural fit and I didn’t need to agonize much over it.

Librarians have been instrumental to my writing career. Because of librarians, I won the ALA’s William C. Morris YA Debut Award, and that really jumpstarted my career. Since then, I have relied on the kindness of librarians and I better understand what they do.

I specifically wanted to do something with libraries and it worked out because I was able to do the UT online degree program, so it was a perfect fit all around. I’m only taking one class per semester, because my job with the state will cover the tuition for that. I’m currently taking INSC 511 with Dr. Hank, and I’m absolutely loving it, she’s great.

What’s exciting is learning that I chose my program wisely; not only am I having a good experience in the program, but the subject matter is interesting to me.

I love information, I’ve always loved it. I’m a voracious reader, I love gathering information and storing it in my mind.

I’m feeling it out, I’m interested obviously in young adult librarianship, or academic librarianship with my law background, and just public librarianship in general. I have time to decide, since I have many years before I’ll retire from lawyering.