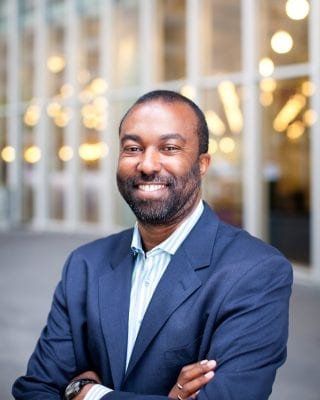 Throughout his career as a librarian, Marcellus Turner (’88) has often chosen his next position by the city rather than the job itself – soaking in each new location’s culture, challenges and opportunities. He always had his eye on the Pacific Northwest and is currently celebrating his eighth year as chief librarian for The Seattle Public Library. He loves his job, he loves his city, and he believes he is in a very good space in a long and fulfilling career.

Running the library for a large northwestern city wasn’t what a young Turner had envisioned for his future. He had earned his undergraduate degree in audiology and pathology from the University for Women in Columbus, Mississippi, and was attending the University of Tennessee, Knoxville, to earn his master’s in the same field. He had moved into an apartment complex near campus, and it was there that a series of fortunate events occurred and led him to where he is today.

“In my unit there were two or three other library graduate science majors, and I had the only car. Long story short, I was dropping them off one day and I sat there on the second floor waiting for them, and I sat down and looked in the career notebook,” he recounted. “At that time, all of the job opportunities were listed in a notebook – that shows you how old I am. I was flipping through the notebook and I noticed some jobs in some great cities and I thought, ‘I can do that.’”

Turner’s wanderlust may have instigated a shift to librarianship, but within it he found his true calling. It took a few years for him to find his groove, but once he did, he discovered a world in which he could impact staff, libraries, communities and people.

“I’m not suggesting I’m an inspiration story…but I think it would be quite encouraging for minority students at the University of Tennessee [School of Information Sciences] to see that a little black boy from Mississippi could meet the pinnacle of library success,” he said.

Turner made his initial foray into librarianship in academic libraries – starting out at UT Chattanooga, then he spent a year in Lake Charles, Louisiana, before returning to East Tennessee and working for four years at East Tennessee State University. But after about eight years, he was ready for a change. 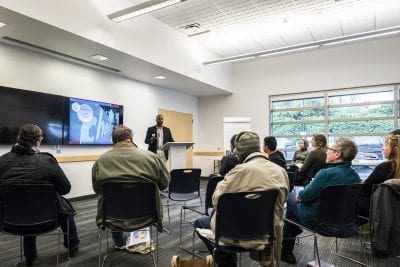 “I decided I no longer wanted to work only in academic libraries, so I packed up the truck and moved over to public libraries,” he said.

For Turner, academic libraries became repetitive in the day-to-day work with patrons. Despite moving up in seniority, he wasn’t as excited by what he was doing as he had been initially.

Turner’s first public librarian job was in Atlantic City, New Jersey, and that set off a career that took him to places including: Tacoma, Washington; Rockford, Illinois; and Jefferson County Public Library in Colorado. He says he often “chased cities, more than I chased jobs as I wanted to see the world.”

As Turner moved from one city to the next, he found there are universal needs and wants in each community – such as the public always wanting better hours and more access – but that there are differences in which members of that community need resources the most, he said.

“I do like variety and opportunity, and that’s the beauty of the work that we do. This education and preparation, this work I do is transferable,” Turner said.

Turner has found his niche in life with libraries, and wants others to be able to do the same. He currently serves on the UT College of Communication and Information Board of Visitors, and he also has established the Marcellus Turner Student Travel Scholarship. 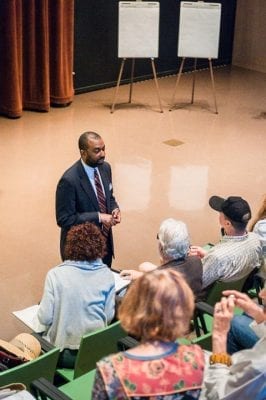 The scholarship allows an SIS student to travel to a conference, even if they are not presenting or otherwise participating in the conference as more than an attendee.

“When I moved over to librarianship, I came blindly in terms of the profession and the association itself. I truly had no idea what I was stepping into,” he said. “I knew what librarianship was, but not what the [American Library Association] was, and initially I didn’t go to the annual conferences.”

Turner said it’s important for students to be able to attend conferences to network with other students and professionals, so he created the travel scholarship.

“There’s a lot of opportunity in going to conferences, and I don’t just mean in terms of jobs, but a lot of exposure for students. We just do not avail ourselves to these opportunities, and I wanted to give students a chance at that before they stepped into the real world,” he said.

This story was featured in Spark: Annual Publication of the University of Tennessee, Knoxville School of Information Sciences | 2019. If you are an alumni and would like to receive next year’s edition, update your information here.