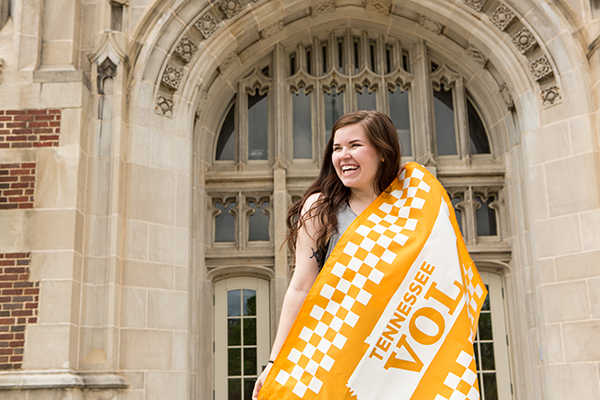 Tennessee and the rest of the country will need more information sciences professionals in the coming years – in fact, information-related careers expect around a 20-percent job growth rate in the next decade. As the vast amount of data being created due to technological advances increases, the need to collect, curate and organize that data also grows.

In response to this increased demand, SIS has put forth a formal proposal for an information sciences undergraduate major. The proposal was first submitted to the University of Tennessee Knoxville and the University of Tennessee system for approval before it was presented to the Tennessee Higher Education Commission (THEC). Currently, SIS is awaiting support from THEC. Once support is secured, approval will be sought from the UT Board of Trustees, and then the proposal will go back to THEC for final approval.  If all goes as planned, the undergraduate major will be available to students starting in fall 2019.

“The information sciences undergraduate major is the first of its kind in the state of Tennessee and a great addition to the College of Communication and Information and UT. It will attract new students to CCI and provide complementary courses to other college majors allowing our students to develop skills and expertise that make them more competitive in their communication fields,” said Michael Wirth, dean of the College of Communications and Information.

Dr. Singh has since led a team of faculty to develop the formal proposal for the undergraduate major, which includes two areas of concentration: data information management and analytics, and user experience design. She said the team did a lot of research to observe and establish the need for professionals in the field in Tennessee and beyond.

Creating and submitting the proposal has been a multi-year process, and was one of Dr. Kelly’s key priorities when she joined SIS as director in 2016. She said the major will train students to approach information problems from multiple perspectives, including humanist, social scientific, and computational. The curriculum includes courses on data management, analytics and visualization; user-centered design; web development and programming; and information-seeking and literacy.